Appointed Times and Boundaries: The Stone Kingdom and the Rise and Fall of the "Early" Church...

Rise and Fall of the 1st Century Church... 34 AD to 70 AD
This timeline is a brief presentation of the magnificent "Flight" of the 1st Century Church, the turbulence it faced (as recorded in the New Testament), and it's tragically premature decent and abrupt Crash near the beginning of the 2nd Century.
The following chapters of History, known as the "Dark Ages", is convicting evidence that the Light (of the World) went out and a false light (which was actually darkness) called Christianity arose in it's place.
"NightFall" John 9:4 and the "Nicolaitan System" which God hates, has been the established pattern ever since. One man or "Professional" Clergy holding "Church", while the masses passively sit in quiet despiration listening to the monologue.
Until, that is, the time of Restoration of all things to the way it was when it was called "the Way", where all who believe are together and share all things in common. Where all are priests, and all speak. This pattern must be restored and maintained until we all come to the unity of the faith, to mature manhood, before Yahshua's Second Coming.
Created by  Dayag  ⟶ Updated 30 days ago ⟶ List of edits
Timelines by Dayag: 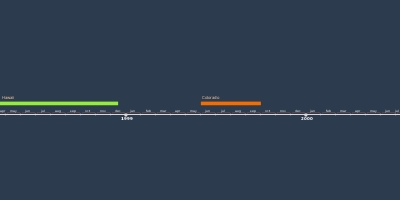