This is a rough history of human migration, advancement, and civilization. Some early years or dates may be a little uncertain but as a whole it shows a good comparison of events showing how we got to where we are today.

As someone who believes what the Bible says is accurate, my timeline reflects that by showing Biblical events that others may not believe to have taken place.
Wurde erstellt  Oliver Rendchen 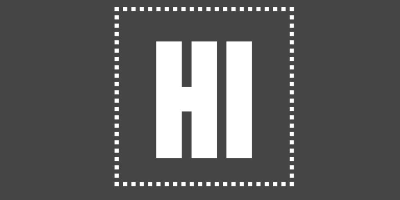 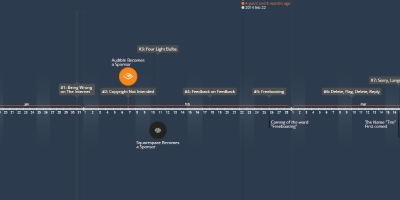 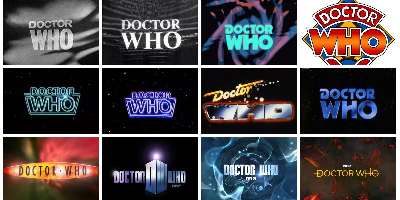 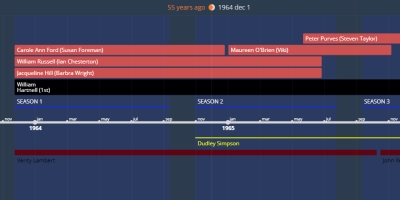 Funny that Adam was 'created' around the same time as beer:
https://humanhistorytimeline.com/
;-)

Don't like the beer? For more -comparable- sources, which is tough with a single book, this is a great start:
https://en.wikipedia.org/wiki/Timeline_of_human_evolution#Homo
4 Mon. zuvor
Chris Steep
Unfortunately its 100% impossible for Jesus to be age 30 (On Tabernacles / Sukkot), in the year AD 29... If this were correct, Jesus would have been born in 1 BC... The glaring problem here is that Herod the Great was dead in 4 BC...

The other big problem is that Jesus did not have a 3 1/2 Year ministry leading to his death on the Passover of AD 33... Right at the beginning and after the 40 Nights / Days in the Wilderness, Jesus told his fellow Nazarites that He was going to preach "The Acceptable YEAR of the Lord", not start an epic 3 1/2 year conversion program... Additionally, the Passover of AD 33 was on a Thurs eve / Friday in that Year and not in the midst of the Week - Wednesday as is what really happened...
4 Mon. zuvor
Ray
Very Western/White-centric history of human civilization. Do Black and Brown people of Africa, India, and the original peoples of Americas, Australia, NZ, etc. do not exist according to this author.
5 Mon. zuvor
William Ernst
This is a wonderful timeline! Thank you so much for making it.
5 Mon. zuvor
Dayvian
i will edit this
6 Mon. zuvor
Дима Випич
я ся ебал
7 Mon. zuvor
Stepka
Я православный христианин, и ненавижу ересь Свидетелей Иеговы. Таймлайн в целом хороший, но одна деталь всё портит.
8 Mon. zuvor
Alex
The atheistic bias, sadly, is prevalent even in Christian historical literature. This has led to incorrect dating and even blatant rejection of valid historical sources. For example, the famous Pharaoh Tutankhamun, whose reign is placed in the 13th century BC, actually reigned around the time of King Saul of Israel, in the 10th century BC! The problem is the mistaken belief that many Egyptian and Mesopotamian dynasties were one after the other, when they really were contemporary. If you read the paper, you'll understand it better - there is a lot of information to digest.
10 Mon. zuvor
Alex
Hello Oliver,
I am in total agreement with the Bible - great job!
I am thinking of creating a timeline similar to this, just more advanced - I have found a very interesting paper called 'Compendium of World History', by Herman L. Hoeh, and he uses sources written before atheism and Darwinism bias became prevalent in historical literature.

Keep it up!
10 Mon. zuvor
Mr Brothwood
Please no one use this. It is full of false history. This should never be used for educational purposes.
10 Mon. zuvor
Mari
nice
10 Mon. zuvor
The Doc
How do I stop email notifications ....

this has been going on for months .... fucking spam !!
11 Mon. zuvor
Ethan
so many things i couldnt even read it
11 Mon. zuvor
Brayden Schiller
there was no flood this i not real
11 Mon. zuvor
Francisco Ruiz
could you add another horizontal line to show the archeological periods starting with the stone age (divided by paleolithic, mesolithic, neolithic) up to the modern age?
21 Apr 2021
Christian Pennel
Christian
6000 yrs before the creation of Adam, the massive pillars of Göbekli Tepe were already erected in Turkey. This is a great timeline. I've been waiting for someone to make an interactive timeline since the internet was AOL.
15 Apr 2021
Lara
omg
9 Apr 2021
Lenin
Cappitalist shit and western propoganda!
This will not go unpunished!
9 Apr 2021
2020rasputin
good Job
3 Apr 2021
Peter
Hi Tom and Oliver -- Peter here -- petetheplan@hotmail.co.uk -- was my previous comment received please?
19 Mär 2021
The Doc
I posted a comment once here and I keep getting an email notification. I tried various things but I can't find the solution other than changing my email address.

There is no option in the emails I receive to stop this (is that legal?), I find it unacceptable even less when you pay for this service.

Please, can someone tell me how to stop receiving mail every time there is a comment here? these Spams are becoming unbearable!
19 Mär 2021
Federica
Ciao! SOno una docente e Time.graphics mi ha aiutato a organizzare le lezioni di storia in maniera semplice e divertente con i miei alunni. La condivisione con i ragazzi poi li rende attivi e partecipi. Grazie Time.Graphics per questo strumento.
19 Mär 2021
DBH
Hello Oliver - I'm beginning a timeline that I'd like to borrow some of your work, specifically the Judeo-Christian work you've put on your timeline. Its outstanding and it would help me with my project. Do you mind? I will give you credit for each ref borrowed from your work.

FYI - I've been reading Jonathan Cahn's books: The HARBINGER (1 & 2), The ORACLE and The Mystery of the SHEMITAH and working to put the numerous events into a timeline.

Please confirm if you are OK with me borrowing some of your work, with credit to you. DBHertel@gmail.com
Dave Hertel
5 Mär 2021
MAJD MOHAMMED
?
4 Mär 2021
Corentin Gnatél
WTF THIS TIMELINE IS SOOOO BULLSHIT !! I'ts totally an example of manipulation of history by fanatics religious people T_T
3 Mär 2021
Oliver Keaton Hellman
Thank you all for the comments on my timeline.
8 Feb 2021
qqq
Also,do not use the phrase "Arab Spring".It was TOTALLY under the control of the US goverment.It only brings war and chaos.It never brings democracy to Arabian People.
6 Feb 2021
qqq
PLEASE DO NOT look down on communism.Do not use "force" when talking about Tibet Made Part of China.
Also,please add La Commune de Paris in 1871 and the October Revolution of Russia in 1917.If you add the Chinese Revolution,that is even better.
6 Feb 2021
Grace
Nice! I like how you included cultures from around the world and did not just focus on European Civilization!
4 Feb 2021
Michelle Kust
Please add in ancient Yangshao culture dated around 5000 BC, with archaeological artifacts from Banpo village, Shaanxi.
27 Dez 2020
Tomáš Kubín
This is the most tragic example of manipulation of history. It is like if it would be created by Josef Goebbels. Jewish part of history of mankind is completely left out. Author, zou are disgusting.
4 Dez 2020
taart taart
lmaooooo
3 Dez 2020
Nate
Oliver, thank you for attempting to put some dates to information contained from several thousand year old text.

For those of you attacking the timeline, is this all there is to life? Do you buy in to originating from an ape and hoping for nothing more than becoming a pile of dust in 70 years? Do yourself a favor and do some careful study.
27 Nov 2020
Poop
Why is this timeline covered with Christian propaganda??
23 Nov 2020
The big bong
This is terabole I look and fond nohing ecsot math
21 Okt 2020
The big bong
Hahahah
21 Okt 2020
Poop
This is poopy
21 Okt 2020
Poop
Chicken wing chicken wing hotdog and boloney chicken,n macaroni chilling with my homies chicken wing chicken wing
21 Okt 2020
Poop
Hi
21 Okt 2020
Poop
Uhhhhh
21 Okt 2020
Harry
its terable
19 Okt 2020
Harry
never use this doc
19 Okt 2020
Harry
it sucks
19 Okt 2020
Владислав Емельянов
Question. I import data from Google sheets. It's cool, of course, that you can pre-set for each event the color of text and fill. But is there any way to add an Event to the group and when importing data, so that certain events were immediately in the group?
18 Okt 2020
The Doc
OOoh... Ok thanks, i will try !
12 Okt 2020
Ezequias Rocha
Use "Gravatar" The Doc
12 Okt 2020
The Doc
hi ! how i can change my avatar ? thanks to help me
11 Okt 2020
Trinity
yes
25 Sep 2020
chucky brotzman
Fishizu47 we are the church of Jesus Christ of latter day Saints. We believe that Adam was real so thats why he has it.
16 Sep 2020
Peter
Nice job on your timeline! Keep it up! It looks great!
I'm working on a similar timeline, but one that zooms in on just the time around 600 BC.
27 Aug 2020
Ari
I'm tired
27 Aug 2020
Ryder Parliment
hey guys
21 Aug 2020
Ollie
Have you heard the tragedy of Darth Plaguies the wise?
21 Aug 2020
tanner sosa
te
21 Aug 2020
Ezequias Rocha
I miss middle-age limits and crusades.
26 Mai 2020
Fishizu47
Mostly a great Timeline, but it is a bit annoying that you mixed History and Fiction at the Beginning, like you wrote "Creation of Adam" like it was a real Thing. You could have included something like the development of Agriculture around 10000 Years BCE in this otherwise great Timeline, a really missed opportunity. And if you include the fictional History of Christendom, then why not the one of other Religions?
16 Mai 2020
Barış Batuhan Gültekin
SAPIK OROSPU ÇOCUĞU BUNUNLA MI UĞRAŞTIN
7 Mai 2020
Grete Kärmas
French Revolution is an important turning point of European (World) history that could be added to this timeline. Timegraphics' timeline has great opportunities to date everything accurately.
26 Apr 2020
Ezequias Rocha
Just missing the Catholic line. Actually the longest line you could imagine in this chart.
25 Apr 2020
Joel Andreas
Great timeline! I'd like to ask my daughter to create (a much simpler!) timeline herself as she learns about history. Does anyone know a blank, interactive timeline we can use?
24 Jan 2020
Peter
Hi Tom and Oliver -- Peter here -- petetheplan@hotmail.co.uk -- I too would like to be in touch to add more distance-definition (pre-civilization past-projection) and life to the Timeline.
29 Nov 2019
Kento Kei Hayama
Intrestting..
12 Nov 2019
Laudelino A. de Oliveira Lima
1822 - 1889 - Empire of Brazil
15 Okt 2019
Channel of Random
can I edit
5 Okt 2019
Tom WhoKnows
Hi Oliver - could you please get in touch with me - i am working on the "same" project would love to connect and share together with you! please write me a msg - office@whoknows.me thank you :) keep up the great work!
29 Sep 2019
Jordan
UK has not left EU yet, the deadline was pushed back to 30th October
18 Jul 2019
Ahsan habib sulove
Search for human civilization, but not found
25 Jun 2019
Rywbl
Without multiple languages, only some people can read it !
3 Mai 2019
Dawn Bautista
I recognize some of those pics! Good job bro ;) I'm having my son do a similar biblical/secular history project.
16 Apr 2019
Miroslav Kostic
You, sir, are a simpleton.
4 Mär 2019
Ayaka Sheehan
I'm impressed with how thorough this is.
Question: does the premium version of this give you unlimited events per timeline? Thanks!
2 Mär 2019
Jesse De Nichilo
Religion has done nothing but hinder the progress of humanity, you are a fool to think otherwise.
1 Mär 2019
Penny Benson
Without religion we would not have civilisation. Well done, and thank you.
1 Mär 2019
William Abdy
The inclusion of religious events is unacceptable. You have deliberately chosen to ignore scientific theories and evidence. Bias and prejudice should not be present when creating educational material.
23 Feb 2019
Jesse De Nichilo
Would be a much better historical timeline without the religious myths.
18 Feb 2019
JPM-Stalin/Expert Rper/
At least, you could also insert events from another religions
20 Jan 2019
JPM-Stalin/Expert Rper/
... So you believe the Adan and Eva story?
20 Jan 2019
Qazzy
This is not the history of civilization as understood by historians and anthropologists. This is Christian home-school mythology.
9 Jan 2019
Erdersz
Many mistakes. It is impossible to mix history and stories.
8 Jan 2019
The DG
give it thumbs up!
19 Dez 2018
The DG
Search for unicorn memes,
They are really cool!
19 Dez 2018
The DG
What's this????????This is bad!!!!!!!!1
19 Dez 2018
Frank
Great, just don't scroll left. Creation of Adam? The "Great Flood"? The "Nephilim"?