On January 10th, 1776, author Thomas Paine published the pamphlet, "Common Sense." In "Common Sense," Paine argued that America should officially declare its independence from Great Britain. "Common Sense" brought independence to the table as a legitimate discussion and became very popular within the colonies. Historians believe that about half of all colonists had heard "Common Sense" in some way. 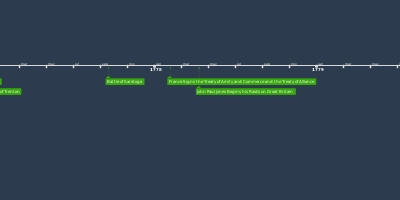