On this day Father Escalante and 8 ore men began their journey from Monterrey, Mexico to Utah, United States. On their way to Utah a big river stopped them for 12 days and when they finally crossed it they named it "SAL SI PUEDE" which in english means " GET OUT IF YOU CAN" 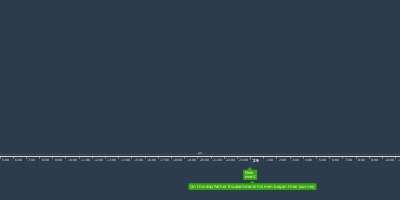