First big feature at Quizlet
Done in MVVM and Rx
I was responsible for all Rich Text rules and visual presentations, making it work for all users on both light and dark themes. Had help from 2 other iOS eng who covered data layer and new UI (that ended up being a nightmare)

Hard times, lots of things going wrong due to any reasons. The decision of making it using MVVM+Rx was also hard because it was something entirely new to me but in the end, it totally paid off.

Things to improve:
- Testing
- Ask others to test as well (principally when tired)
- Better investigation around the solution itself (asking more about it, try to learn how it worked before start coding it) => too many rules were faced along with the development
- Negotiation
- Speak up more (Quizlet let us, engineers, speak up and help in the process of decision)
- Be more analytical and try to see the feature as a whole and how the users would use it 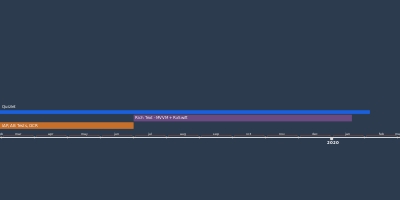