Despite fundraising and various generous donations from friends, family and business associates, Boundless Horizon only managed to raise $20 million, which is a lot, but not enough to successfully build and launch an ARS via a rocket.

The original plan was to go through SpaceX, as their rocket was big enough to carry the satellite as a whole, but the lowest price was $50 million and SpaceX wasn't willing to invest in Rigolette's venture. After falling to make a 50% off deal with SpaceX, Rigolette looks to the much smaller Rocket Lab and the smaller Neutron Rocket and strikes a deal with the company. Rocket Lab agrees because the money that could be brought by the venture would help it considerably in catching up SpaceX. However, another problem presents itself, the Neutron is too small for the rocket to hold the ARS as a whole.

Rigolette proposes to split the satellite in two and launch it separate rockets. The team accepts the challenged, but the launch is set back by 3 months.

The Kaku lunches from Cape Canaveral on March 1 2027 on a course to recover a 30-meter asteroid. 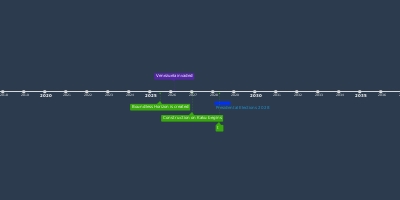